This is a large collage/painting that I made for my brother. I usually am way behind on posting pieces, but this is an exception- I just finished it last week. We both love sci-fi and fantasy movies, Jim Henson and Brian Froud (well, all of the Frouds actually- more on visiting their gallery show for another post- that wasback in 2011- wow! - where does the time go?)

Anyway, I'll keep it short- we decided to theme it based on the movie Labryinth, use Jareth (David Bowie's character) as the central image and to use favorite images and characters from the movie, including shots of Jim Henson and Brian Froud, for the collage. He gave me free reign to do whatever I wanted. My goal was to incorporate as much imagery as possible. The palette just evolved on its own- I don't even remember consciously making choices, although while glazing over Jim Henson's face, I thought it was fitting, as the creator of Kermit, that he was getting painted green. It may not always be easy being green, but I don't think he would have it any other way. 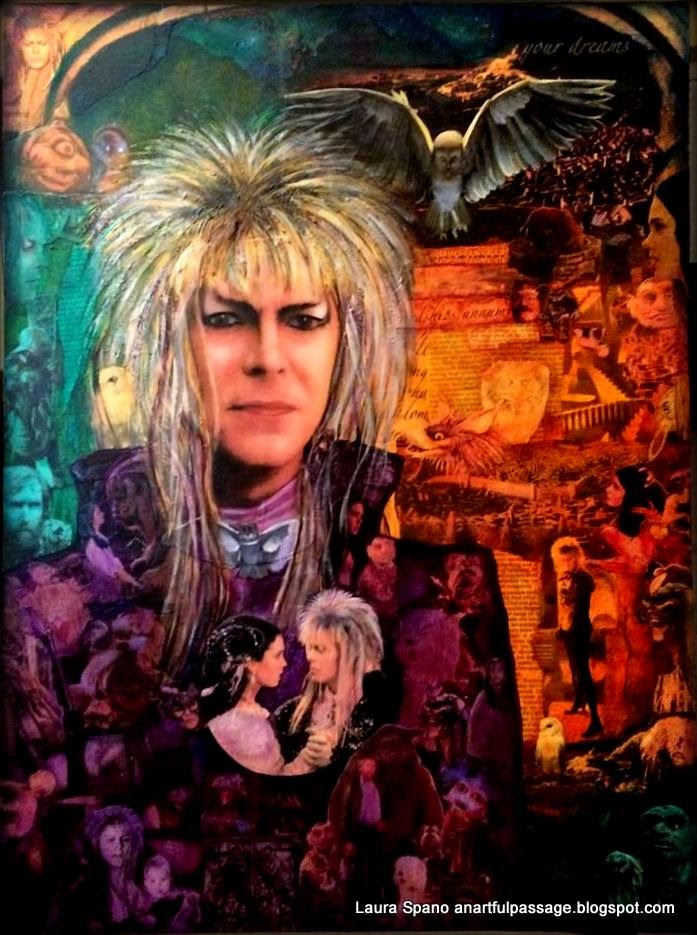 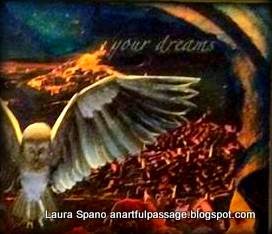 I freely admit I am not a photographer, but here's my attempt to get a good shot in of the sculpture I finished last April, 'Refuge&... 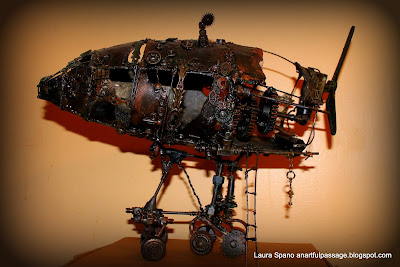